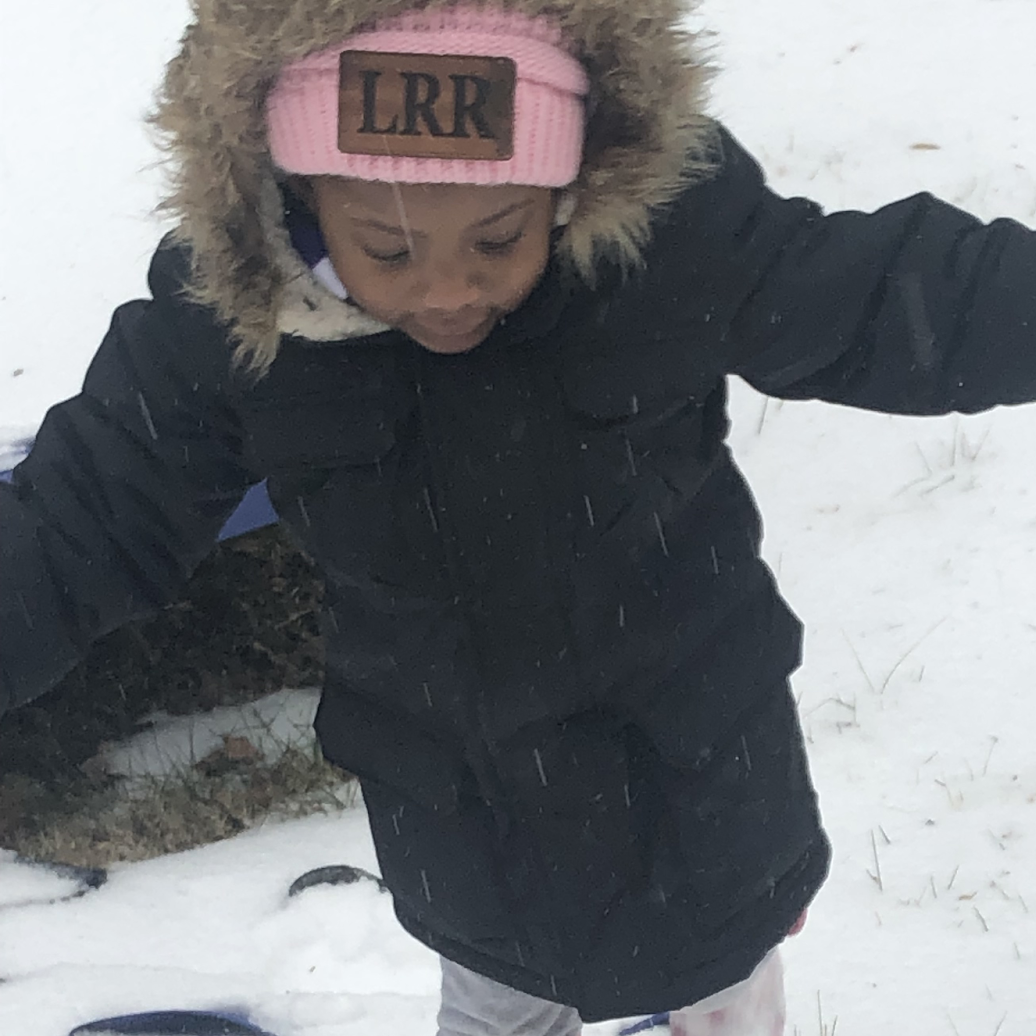 While mom and dad could care less if they woke up to a winter wonderland, Logan, on the other hand, made up a song about how she wished it would snow. This was not the first time it has snowed since Logan was born, but this was her first true exploration in it. As adults, we forget the joy snow brings now that we are more focused on shoveling it rather than playing in it. Step one to getting outside in the snow was layering up in preparation to deal with the cold temperature.

For our snowy adventure, Logan canvased our entire yard. Instead of telling Logan what to do, we simply followed behind her. We studied our footprints in the snow, chased after a squirrel, spoke to a bird and marched around the house playing follow the leader. As Logan observed us mimicking her, her confidence and volume increased. When she jumped so did we. When she ran, we had to try and keep up. Next time, we will have to conquer making a snow angel and snow cream!