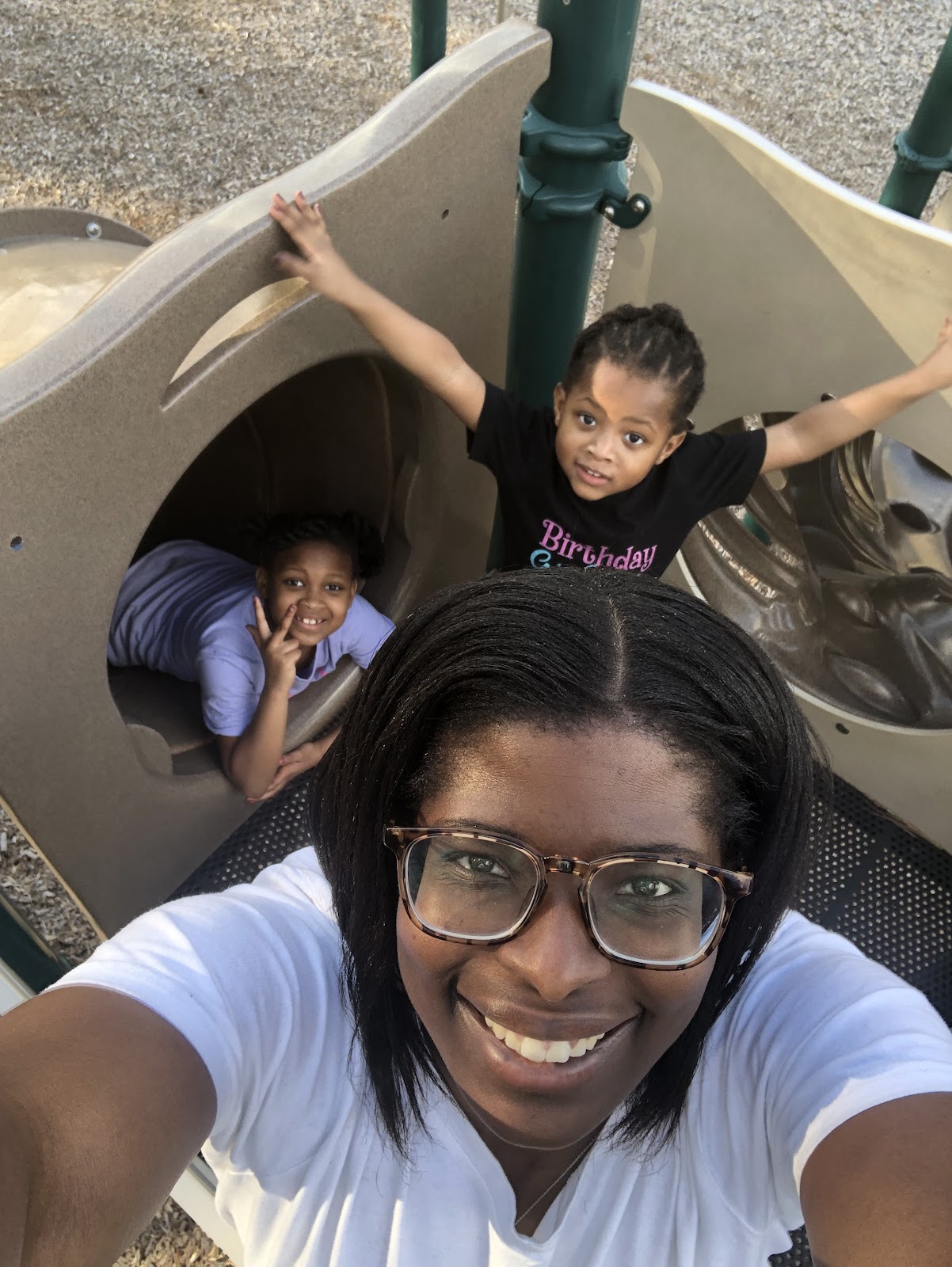 When the weather is nice, spending time outside in the Robinson household is a must. On a beautiful Sunday, Logan, Lauren, and I found ourselves at one of our local neighborhood parks. The playground is where I get to watch Lauren and Logan take turns leading, playing, and exploring. When we arrived, there was one other family there. Logan observed Lauren immediately having a conversation, introducing herself and asking if he wanted to play. Logan then introduced herself, too, before heading up the stairs towards the lower slide. During this visit, I witnessed Logan become more fearless in how she played. As she saw her big sister and new acquaintance use the higher slide, so did she. This time she asked to be pushed harder on the swing so she could go higher than she felt comfortable doing before.

Having older children around to observe how they played increased Logan’s confidence and encouraged her to be more fearless. There was a small window on the playground that Logan quickly transformed into a restaurant. We became her customers and served hotdogs. Their new acquaintance’s shoe fell off and she ran over to help him. I realized that Logan developed a greater sense of independence at three years old than I remember seeing on the playground during previous visits.